What is Tungsten Carbide?

Tungsten Carbide that is often referred as the Hard Metal (due to its
hardness compared to other metals), typically have a hardness value of 1600 Hardness Value (HV) and more, where the steel would be in the range of 160 HV.

Although called as a “Hard Metal”,

Tungsten Carbide by itself is actually a powder, you need a binder, like Nickel or Cobalt to form a composite material with hard particles of Tungsten Carbide embedded in it.

The chemical formula for Tungsten Carbide is WC, where symbol ‘W’ come from its earlier name, Wolfram, and ‘C’ is for Carbon.

The History of Tungsten Carbide

Tungsten carbide is around 100 years old. Lohmann and Voigtländer applied for a patent for cast carbide in 1914. In 1923, Karl Schröder and Heinrich Baumhauer made it possible to patent sintered carbide, which was bought by the Osram company in German.

In 1926, hard metal came onto the market under the name Wiedia (Wie Diamant) from Krupp Hartmetall.

Tungsten Carbide is created using the Powder Metallurgy process, where tungsten carbide in the form of powder and cobalt is mixed using ball mill, and then the binder is added to hold the two powders to bind each other, then the next step is the compaction or pressing.

During the compaction processes, the isostatic hydraulic presses are used to compact the powder into a form of suitable with the desired design of the finished product.

In this way, this compacted powder combination can be easily worked using conventional metal working tools. The work process here is often referred to as “Green Machining”. Care must be taken in this process, because there are fine powder particles which can cause health hazards. The effective extraction methods are needed in this process.

After the “Green Machining” process, the compacted powder is ready to be sintered. Usually this is done in a vacuum furnace at temperatures between 1300 to 1600 degrees Celsius. 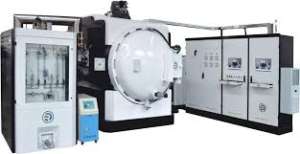 The sintering process will produce a fused Tungsten Carbide and cobalt matrix to produce a dense and very “Hard Metal”.

After this sintering process, this Hard Metal becomes very difficult to be worked further, so it can only be machined by diamond grinding. This is a relatively expensive process of micro machining because it takes quite a long time, and it is not possible to remove most of the unwanted Hard Metal material with this process.

Tungsten Carbides has many applications, ranging from the industrial sector such as metal machining, wear-resistant parts in the mining and oil industry (drill tools, etc.), metal forming tools, cutting tip in saw blades, bullets and sabot-projectiles in military weapons, and now it has been widely applied to consumer goods such as wedding rings and watch boxes, as well as the ball on a ballpoint pen.

Tungsten carbide the material for surgical instruments
Scroll to top

We may request cookies to be set on your device. We use cookies to let us know when you visit our websites, how you interact with us, to enrich your user experience, and to customize your relationship with our website.

Click on the different category headings to find out more. You can also change some of your preferences. Note that blocking some types of cookies may impact your experience on our websites and the services we are able to offer.

These cookies are strictly necessary to provide you with services available through our website and to use some of its features.

Because these cookies are strictly necessary to deliver the website, refuseing them will have impact how our site functions. You always can block or delete cookies by changing your browser settings and force blocking all cookies on this website. But this will always prompt you to accept/refuse cookies when revisiting our site.

We fully respect if you want to refuse cookies but to avoid asking you again and again kindly allow us to store a cookie for that. You are free to opt out any time or opt in for other cookies to get a better experience. If you refuse cookies we will remove all set cookies in our domain.

We provide you with a list of stored cookies on your computer in our domain so you can check what we stored. Due to security reasons we are not able to show or modify cookies from other domains. You can check these in your browser security settings.

These cookies collect information that is used either in aggregate form to help us understand how our website is being used or how effective our marketing campaigns are, or to help us customize our website and application for you in order to enhance your experience.

If you do not want that we track your visit to our site you can disable tracking in your browser here:

We also use different external services like Google Webfonts, Google Maps, and external Video providers. Since these providers may collect personal data like your IP address we allow you to block them here. Please be aware that this might heavily reduce the functionality and appearance of our site. Changes will take effect once you reload the page.

The following cookies are also needed - You can choose if you want to allow them: