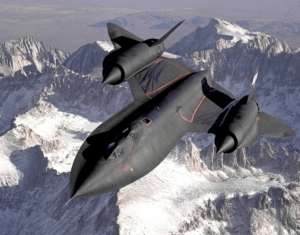 Ever since the discovery of Tungsten Carbide, a lot of industries, including the aviation industry, has adopted the material due to its unique properties and have found numerous applications for it. Tungsten Carbide is an alloy of Tungsten and Carbon (in the form of carbide), where tungsten is used to ‘cement’ carbides, causing the material to combine the strength of tungsten with the hardness of carbide, and the resultant material bearing properties that are only second to diamond in terms of hardness. Tungsten Carbide has become an important engineering material and Graf Hartmetall GmbH is one of the companies ensuring that manufacturers in whole Europe have access to top quality Tungsten Carbide products suitable for any application.

The aviation industry is one of the largest consumers of Tungsten Carbide in the world; this is because the material is best suited for aircraft applications where strength and wear resistance are important factors in material selection. Numerous Researches and tests have shown that Tungsten Carbide is helping aeronautics engineers dare the extremes of aircraft designs because of the properties being offered by the material, and engineers are applying it in several ways to make aircraft fly better. Here is how: 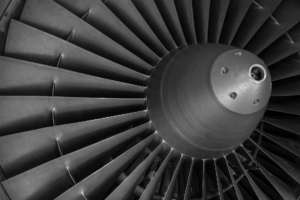 The aerospace industry is one that is particularly demanding of materials with high wear and corrosion resistance. The countless numbers of moving parts in aircraft warrant that the components are made of materials that can resist the frictional forces between the moving parts and also be able to withstand exposure to chemical products that can initiate corrosion. Several materials and processes have been developed in the past to curtail the occurrence of wear and corrosion, such as aluminum, titanium, and magnesium alloys, and the High Chromium Plating (HCP) process was the most employed to protect materials. The emergence of the benefits that Tungsten Carbide offers made it a material of choice as a replacement in some applications and processes, especially the advanced coating of metallic components.

of components such as fuel metering valves on aircraft, backward thrust rods, pins, bushing, bearings, hooks, catches, landing gear, flaps track and plate strips, etc. This coated layer of tungsten carbide, which Graf Hartmetall GmbH distributes across Europe, improves the wear and corrosion resistance of the components in a magnitude close to 14 times the stainless steel. The Tungsten Carbide coating also improves the temperature resistance of the material, meaning they can retain their strength and structure at elevated temperatures.

Tungsten Carbide is a very hard and fairly tough material, which makes it suitable in applications where fatigue control is important, such as the landing gears and jet engines. For instance, Tungsten Carbide coating is used in the Jet engines of the Typhoon and F16 aircraft. 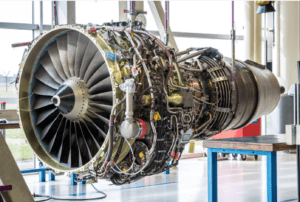 Tungsten carbide coatings have been widely accepted as a practical, technical, and commercial solution to improving the fatigue life of aircrafts components, thereby increasing the service life of the components. The improved service life of components implies that aircraft can offer better services, for instance, the improved landing gears will make takeoff and landing more comfortable for the passengers aboard, while the improved engine can increase the speed attainable and shorten the travel time.

What is Tungsten Carbide?
Scroll to top

We may request cookies to be set on your device. We use cookies to let us know when you visit our websites, how you interact with us, to enrich your user experience, and to customize your relationship with our website.

Click on the different category headings to find out more. You can also change some of your preferences. Note that blocking some types of cookies may impact your experience on our websites and the services we are able to offer.

These cookies are strictly necessary to provide you with services available through our website and to use some of its features.

Because these cookies are strictly necessary to deliver the website, refuseing them will have impact how our site functions. You always can block or delete cookies by changing your browser settings and force blocking all cookies on this website. But this will always prompt you to accept/refuse cookies when revisiting our site.

We fully respect if you want to refuse cookies but to avoid asking you again and again kindly allow us to store a cookie for that. You are free to opt out any time or opt in for other cookies to get a better experience. If you refuse cookies we will remove all set cookies in our domain.

We provide you with a list of stored cookies on your computer in our domain so you can check what we stored. Due to security reasons we are not able to show or modify cookies from other domains. You can check these in your browser security settings.

These cookies collect information that is used either in aggregate form to help us understand how our website is being used or how effective our marketing campaigns are, or to help us customize our website and application for you in order to enhance your experience.

If you do not want that we track your visit to our site you can disable tracking in your browser here:

We also use different external services like Google Webfonts, Google Maps, and external Video providers. Since these providers may collect personal data like your IP address we allow you to block them here. Please be aware that this might heavily reduce the functionality and appearance of our site. Changes will take effect once you reload the page.

The following cookies are also needed - You can choose if you want to allow them: